The loom hadn't been used for a whole lot of years but spare a thought for the man who made Harris Tweed in this bleak, un-heated sheep shed with only one bulb for light and no apparent form of heating, save for pedalling the Hattersley. The weather the days we were there gave an inkling of what conditions can be like on these Islands out on the leading edge of the North Atlantic's fury. The wind blew persistently all the second day, with such a ferocity it made merely standing a task and walking with arms full of cast iron extremely testing. We would have designated it a force 8 gale, to the locals just "a bit of a blow". The door of the shed had to remain open to cast some light on the seized up nuts and bolts that had to be eased and wrenched apart and although the temperature was low the exertion that these efforts needed kept me toasty warm.
Anne, my other half, fellow traveller and official photographer quietly, between snapping amusing pictures of my efforts (and she has many more), carried almost half a ton of smaller chunks of cast iron across the field and over the gate to the van. The gate couldn't be opened as the sheep were intent upon pastures new and moved towards it whenever they thought escape might be a possibility.
Eventually, with great sighs of relief and almost complete exhaustion all the bits, large and small, were loaded and we drove the 2 hours back down through the Harris Hills for a final evening walk on the beach before we headed for Stornoway and the ferry home.
Now the hard work begins, hours of white vinegar, rock salt and elbow grease, cleaning and then lubricating the ancient machine parts before they can be re-assembled and hopefully weave tweed again, this time Tarras Tweed.

After quite a drive from our cottage on the beach and with the help of the local Post Office sorting room we found the right croft and the Shed. 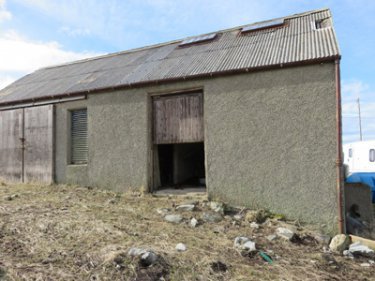 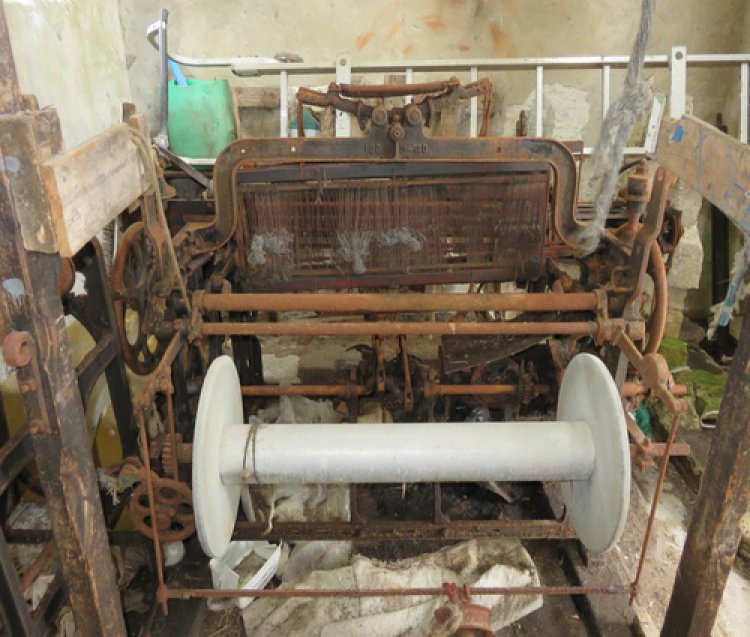 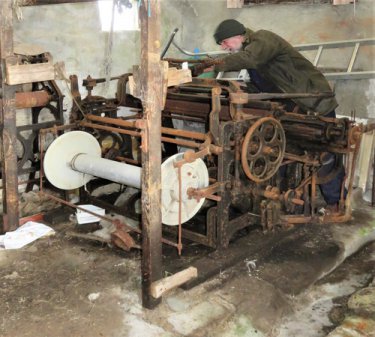 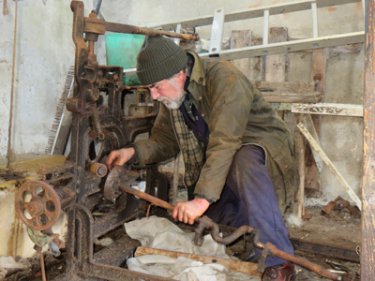