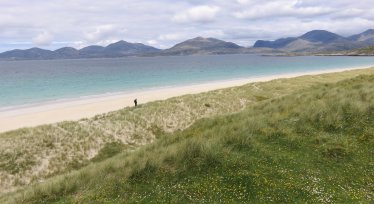 The Holm Show has passed which means it's Autumn, nights are drawing in, dark by 8.30. Where'd the Summer go ? A few hot days but lots of rain, ah well better luck next time. 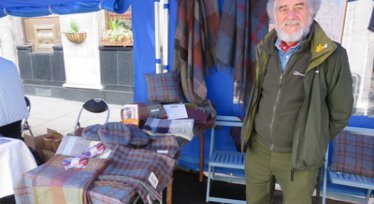 Really lucky with the weather yesterday, it had been blowing a hooley and sluicing down on Friday evening, which didn't bode well for a day in a gazebo. It was bracing but the parades and the crowds of folk made for an interesting day.Anne showed off the Shepherds Plaid to great effect, first sale on its way to the U.S.A. shortly. 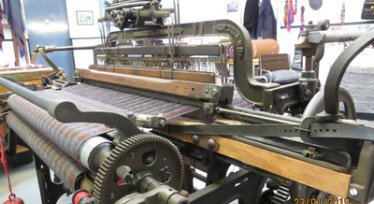 It's taken 10 months of scraping,cleaning and re-building to get the loom back to working order but it is running like a top now. I'm weaving a piece of Shepherd Plaid in the shades of our version of the Elliott tartan.